The following explores the implications of an independent study(and others) that was conducted, resulting in a unique pattern of amino acids, that allows for maximum utilization for body protein.

As published in The Annals Of The Royal National Academy Of Medicine Of Spain — Volume CXV — Second Issue —Madrid, 1998, a comprehensive and conclusive study investigated the most effective pattern of dietary essential amino acids in order to achieve maximum metabolic utilization. This study identified the precise net nitrogen utilization (known here as Amino Acid Utilization or AAU) of various dietary proteins, which measures how much of a protein is actually absorbed and used by the body. This study also established a pattern of the essential amino acids that can be fully utilized for protein synthesis with minimal, nitrogen waste. This ultimately results in maximum efficiency for protein synthesis and reducing the toxic load on the body's elimination pathways.

The study was a comparative study and determined the percentage of amino acid utilization, also known as net nitrogen utilization. It was conducted on 66 subjects, over a 12-week period, where they were alternately given a specific amino acid formula. Then compared to amino acid formulas based on other dietary proteins, such as eggs.

This study showed a considerable amount of nitrogen waste from the dietary proteins, and confirmed the discovery of a unique pattern of essential amino acids (PA) for human nutrition, capable of inducing an Amino Acid Utilization (AAU) that was extremely effective.

The authors of the study chose a participant group that was 66 healthy people. These 33 men and 33 women were randomly arranged into 3 equal groups. The participants were between 27 and 40 years old and overall in good health. The average age being 27. They were not underweight, pregnant or lactating, nor did any of them have chronic diseases.

Over the next 114 days, in double-blind conditions, with a triple crossover technique, the subjects were given the various amino acid combinations in different sequences. First, their protein and energy metabolism was equalized and stabilized with a uniform diet to avoid metabolism differences. Then over the next 84 days, their nitrogen balances were assessed and determined.

After carefully monitoring and controlling the nutrition intake, and then measuring the nitrogen output in the subject's urine, fecal matter and dermal loss, a net nitrogen balance was calculated. This figure reveals how much of the dietary protein was utilized by the body.

Because the methodology of the nitrogen balance is only valid when carried out in an accurate manner, numerous precautions were taken to ensure the data was valid. This study used 8 separate actions, as outlined in the study's methodology.

The paper further goes on to elaborate on how to determine the paths that the protein can take in the body. When a protein is digested (enzymatically hydrolyzed during the digestive tract), it’s constituent amino acids are released and absorbed in the small intestine. From here they will either follow one of the two metabolic pathways:

Results of the Study

Over each of the corresponding four-week periods of the study, the urine and feces of each subject were collected daily to determine the nitrogen content. A specific calculation was also made to determine any nitrogen output through the skin, since it is a minor pathway of detoxification.

Compiling this information with the positive or negative nitrogen balance, the Amino Acid Utilization was then calculated, which is described in detail in the study's methodology.

The results of this study showed that the lowest nitrogen output belonged to the newly found unique pattern of essential amino acids (PA).

The nitrogen output of the subjects while receiving PA was extremely low, indicating a high utilization in comparison to the other diets.

During the intake of PA, there were no side effects, nor any adverse effects on blood parameters. The conclusion of this study confirmed that the formula now in PA, is the ideal amino acid formula for human nutrition. This formula is the only one that can give the body an Amino Acid Utilization (AAU) of 99%, meaning that 99% gets utilized by the body to build or repair body proteins and that only 1% generated energy and nitrogen catabolites. It also found that this formula provided less than half of a calorie per gram of amino acids. With this information in hand, the authors concluded that this formula can be highly beneficial in the dietary treatment of people with:

More on Amino Acid Utilization, a Further Explanation and Elaboration

Amino acids are the building blocks of protein. Access to reliable sources of high-quality amino acids and protein is therefore critical to a healthy diet. They permit the growth and maintenance of the 25,000+ proteins encoded within the human genome, as well as other nitrogenous compounds, which together comprise the body’s complex system of structural and functional elements that exchange nitrogen with the environment. In brief, amino acids are the foundation of our physical bodies.

While over 200 amino acids have been described in the literature, only 22 are known to take part in protein synthesis, and thus are called proteinogenic. In nature, all 22 of these amino acids did not appear all at once in our evolution; some of them showed up early while others were added to the genetic code later.

As mentioned, proteinogenic amino acids are used by the body to make protein. For human adults, the following eight amino acids must be obtained via dietary means and, thus, are classified as essential: isoleucine, leucine, lysine, phenylalanine, threonine, tryptophan and valine; histidine is only essential for infants as it is produced by adults. The essential amino acids support and maintain the body’s enzymatic, hormonal, muscular and skeletal systems.

When amino acids follow the anabolic pathway they act as precursors of body protein synthesis and form the body's constituent proteins, which is their main function. In this pathway, no nitrogen catabolites (or metabolic waste) are released. When amino acids follow the catabolic pathway they are deaminated (an amino acid group is removed) and used as energy. In this process they cannot build protein and nitrogen waste is released.

This requirement will typically be greater than the metabolic demand due to factors that affect the efficiency of protein use or net protein utilization. These factors in turn influence the digestibility, the consequent amount of dietary nitrogen lost in feces, and the cellular bioavailability of absorbed amino acids in reference to what the body needs. In short, the dietary requirement compensates for the metabolic inefficiency.

As the intake of protein, amino acids and nitrogen increases, there is a level of consumption that must be met in order for nitrogen balance to be achieved, which is defined as the minimum protein requirement. If the pattern of amino acids consumed is not an exact match to metabolic demands, then nitrogen losses will include nitrogen from amino acids that exceed demand.

Optimal dietary provision of protein, amino acids and nitrogen to satisfy basal requirements in any individual will only occur when demands are first met for energy and all other nutrients needed for normal cellular and tissue functions. Amino acid metabolism is critically dependent on the amount and quality of food consumed.

Many factors, as noted, affect how well the body metabolizes and utilizes amino acids consumed as part of our diet. High levels of protein intake by athletes, for example, may increase the oxidation of amino acids and, thus, the need for more amino acids.

Smoking and alcohol consumption, too, can each affect demand for increased amino acid consumption, partly since detoxification and excretion of these, and other, chemical agents and xenobiotics can place greater demands on amino acid metabolism. Some medications—for example, acetaminophen—consume amino acids during their detoxification process.

In over three decades of research, nutritional science has found that all living things have a specific composition of amino acids that allows them to achieve maximum protein synthesis. In order for this to take place, however, all eight essential amino acids must be present at the same time and in the exact specific amino acid composition for that organism.

Only then, if there are the eight essential amino acids in the correct reciprocal relationship, can the body build proteins in an optimal manner. In other cases, amino acid utilization (AAU) decreases and, conversely, the load of substances derived from the breakdown of nitrogen (ammonia) increases, which must then be eliminated via the organs of degradation (liver, kidneys). The degradation of amino acids that cannot be used for the synthesis of body proteins yields toxic nitrogen catabolites.

The greater the difference between the optimal ratio and the actual amino acid composition consumed, the lower the protein value, or the net assimilation of the nitrogen of a source of dietary protein.

In essence, AAU has more to do with utilization than efficacy. For example, if one were to consume 10 grams of protein from chicken one would urinate out 6.8 grams of nitrogen, indicating that 68 percent was not utilized for body protein.

PerfectAmino by BodyHealth reaches the highest nutritional value of protein, with a 99% AAU, which signifies that nearly all the amino acids can be used for the synthesis of proteins and, therefore, for cytogenesis (anabolic activity) by the body.

PerfectAmino has virtually no calories because the metabolic degradation of 1% can produce only 1% glucose. People who must maintain a low-carbohydrate regimen can greatly reduce the amount of substances containing glucose, replacing food protein with this amino acid blend.

In addition to athletes, many individuals are often deficient in protein, especially vegans. It is often overlooked that amino acids, together with the good fats, are the main producers of hormones, and a hormonal imbalance is very often connected to low quality protein.

Regarding protein, only 18% or less of whey and soy protein is utilized by the body with 83% leaving as waste. Protein from such sources as meat, fish and poultry are absorbed at 32%, with 68% wasted. Eggs are utilized at 48%, with 52% converted to waste.

As noted, PerfectAmino is 99% utilized by the body, leaving only 1% as waste. In addition, this formula does not require catalytic enzymes and is available for body use in blood very quickly. 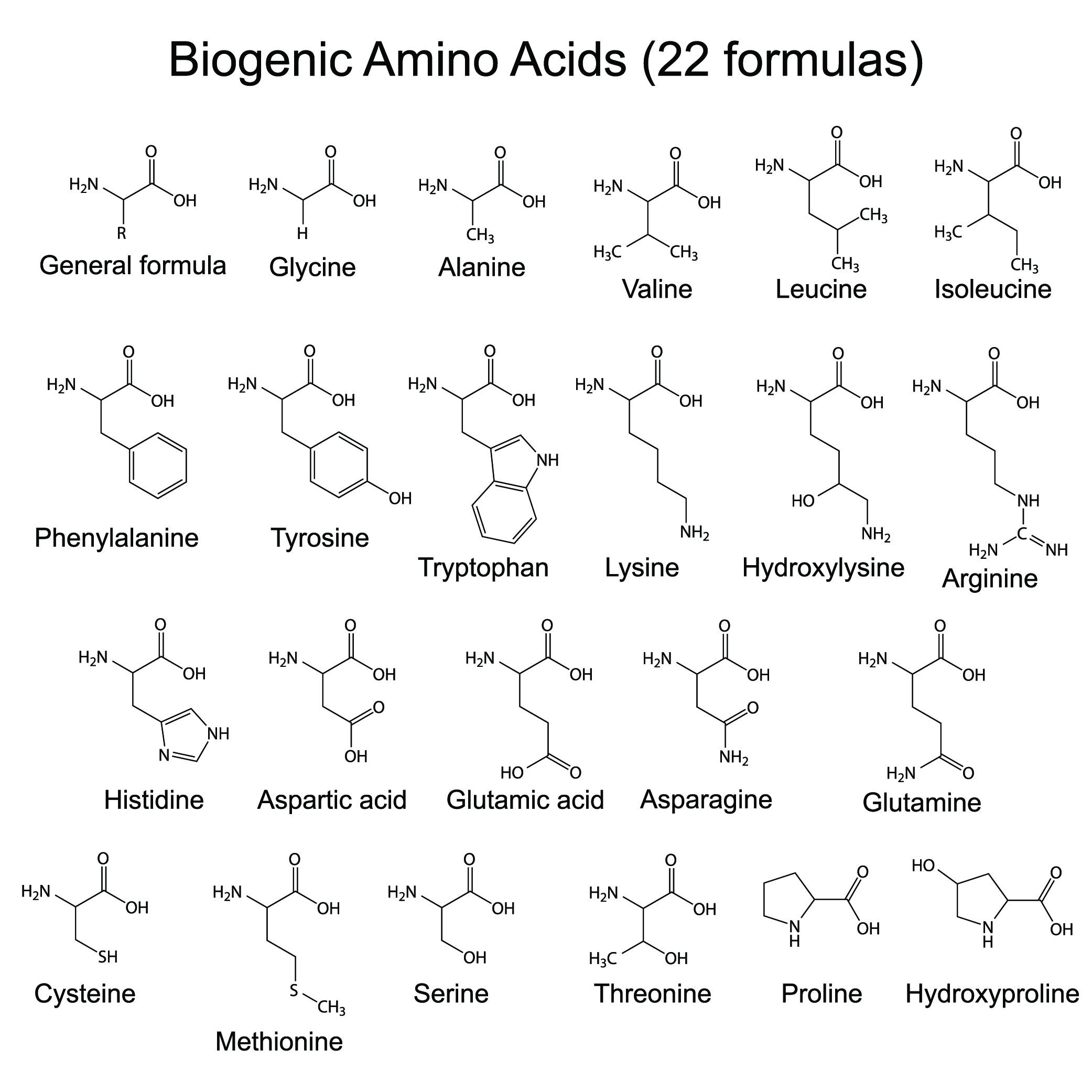